Alberta to Join the iGaming Arena 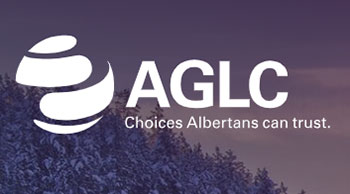 When it comes to the gambling scene in Canada, the extent and scope of the gambling products and services differ in each province.  All the provinces are offered with the choice to allow or prohibit regulated gambling and also decide on its extent should they agree on allowing it.

Alberta province has put a bid for a technical partner that can assist the Alberta Gaming, Liquor and Cannabis Commission in developing an online gaming platform. This comes as a shock considering the fact that Alberta has been able to conceal the news for long now.

This may be an indication that Alberta is planning on legalizing online gambling within its territory very soon.  They are in search of a partner who can offer services related to both the creation of an online as well as a mobile gambling platform.

Alberta among the Last Two to Opt in

According to the report which was run by the CBC news agency, applicants have been given until 28 February to hand in their proposals. Eight of the ten provinces in Canada are currently offering some form of gambling. However, there are strict regulations on all the gambling-related activities.

When Alberta finally gets to join the gambling industry, the only province remaining will be Saskatchewan.  But with all that, it is not yet clear what gambling services Alberta will offer.  Just to have a look at some of the services offered in other places: the BC Lottery Corps PlayNow.com site offers quite an assortment of online casino games, poker and a lottery service.

A view of Canada’s Gambling Industry

The widespread acceptance of online gambling in Canada started in 1969 when the Criminal Code was altered to allow provinces to raise money for meaningful causes through regulated lotteries. Currently, lotteries are a great source of revenue for the provincial governments. There has also been an increase in government-controlled gambling has developed to include other types of gambling including casino gambling.

While gambling is permitted in Canada, it is regulated by and differs in each of the 10 provinces.  All gaming organizations are expected to follow the laws spelled out by their province.

The type of legalized gambling offered in Canada ranges from commercial casino operations and racetracks to video Lottery Terminals, ticket lotteries and slot machines. As mentioned earlier all gambling is regulated by the provinces and therefore the types of gambling offered in the country differ.

There is some form of illegal gambling taking place in Canada as well. There are non-government regulated video gaming machines, private betting houses, and online betting which poses a continuous challenge to the government.

Casino gambling is probably the most appealing form of gambling you will find here. There are over 100 casinos operating in Canada in almost all the provinces. There is a legal age for casino players. To enter a casino, gamers are expected to be 19 years with an exception of Quebec, Manitoba provinces where the admissible age is 18.

The move by Alberta seems looks like one that is mindful of the interests of its citizens.  Foreign operators view Canada as a grey market since online gambling on foreign sites is not outright prohibited. There is no Act in the federal law that prohibits the provision of gambling services in the country thus the reason for the many unlicensed and rogue operators in the Canadian online gaming platforms. There is little that provinces can do to prevent their citizens from falling prey to these uncouth operators.

There were efforts by Quebec to push for the enforcement of a law allowing the local ISP’s to block web addresses of foreign betting sites. However, their efforts were met by strong opposition, as the Quebec Superior Court declared that as being unconstitutional.