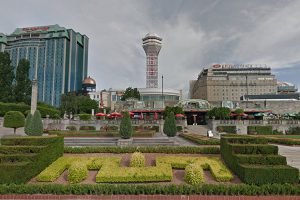 The casino news industry has been abuzz with the latest bidding of two casinos in Niagara Falls. The provincial government of Ontario had already auctioned off casino properties to dominant benefactors; Gateway Casinos and Great Canadian Gaming.

According to outside sources, the Canadian companies which were in the running for two properties in Niagara, Casino Niagara and Fallsview Casino, will not be on the cards for the Canadian casino companies. Canada has dropped out of the auction leaving three US companies in competition for the highest bid.

The interesting reason for the Ontario Lottery and Gaming Corporation planning on selling long term leases for the massive casino names in Niagara began in April 2017 and was a part of an enterprise to increase profits from the casino as well as renovate the facilities. The exciting bid involves three massive US companies; Mohegan Sun Inc., Hard Rock Café International and Caesars Entertainment Corporation. The Ontario Lottery and Gaming Corporation has publicly stated the announcement of the winning bid will be announced this coming summer, something most are looking forward to and awaiting in extreme anticipation.

According to the Globe and Mail, all sensitive information regarding the terms of the bid and the 20 year lease agreement has remained confidential with all three US parties involved in the bid and the Ontario Lottery and Gaming Corp remaining tight lipped about the facts. However, the anonymous source who spoke to the media has stated the names of the three corporate companies in the running of the auction and has stated the two major brands; Hard Rock and Caesars, have driven the price of the auction so high that Great Canadian Gaming and Gateway Casino & Entertainment had no choice but to bow out the bidding war and walk away.

Many are wondering why the US companies are so eager to claim these two properties and the answer is becoming more apparent to followers of the auction. Each company has an impressive rewards system which would be ideal to share with customers worldwide, increasing their global presence and becoming bigger in the industry by attracting various players around the globe. Canadian companies have voiced their concern saying they believe there may be more to the intentions of US companies wanting to claim the 20 year lease. They believe these US companies wish to benefit themselves by extending their own client base and not the Canadian gaming market. Canadian casino companies stand to lose their high rollers to bigger brands such as Hard Rock or Caesars. Although the exact details of the contractual agreement aren’t fully known and may never be, one thing is as clear as day. OLG’s intentions with this bid are to lay claim to a generous amount of profit from the bid before allowing the casino management to collect the remaining percentage.

About the US Bidders

The American companies are massive in the corporate world bringing in $1.5 billion in taxes alone per year. Rated as the world’s most popular and dominating casino establishments, Caesars Entertainment operates 47 establishments across the world in some of the biggest tourist destinations.

Mohegan Gaming and Entertainment owns the Mohegan Sun Resort in Connecticut, a famous and popular tourist attraction, and is said to be in international planning with South Korea for a current resort project where the company is willing to fork out $1.6 billion for the initiative.

All that remains to be seen is who will come out the winner and what the true intentions of the winning company are and how they will compete with the rapidly growing world of online gambling in Canada.