It is not like the BC casino industry needed another controversy given the money laundering claims that have dominated the last couple of years. This one could have an even greater impact on business, in particular for Parq Vancouver Casino. The king, of well pretty much everything at the moment, Drake, has accused Parq Vancouver of turning him away from the establishment due to racial profiling.

According to Wikipedia, “racial profiling is the act of suspecting or targeting a person of a certain race on the basis of observed or assumed characteristics or behaviour of a racial or ethnic group, rather than on individual suspicion”

The Toronto native is having one of the most successful years of any music star, perhaps in the history of music. He is one of the most well know Canadians worldwide, and more importantly he has an absolutely massive social media following. [email protected] has more than 37 million followers on Twitter and his Instagram tag, champagnepapi, has more than 50 million followers. So, when he makes a statement like this, it gets heard. Parq Vancouver’s review pages on various sites have been flooded with negative reviews and comments and the mass media has picked up the story.

“Parq Casino @parqvancouverbc is the worst run business I have ever witnessed … profiling me and not allowing me to gamble when I had everything they originally asked me for.” 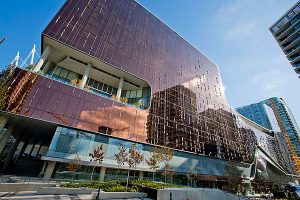 Parq Vancouver has been forced to respond stating that they are investigating the claim and stand against racism in all forms. The problem most likely stems from new rules imposed on the casino industry due to the money laundering probes. Anyone wanting to get more than $10,000 in chips has to prove that they received the money from a financial institution. The added bureaucracy is what probably led to the altercation but how much racial profiling occurred, if any, is being investigated.

With Drake’s star power and social media presence, it won’t matter much what the investigation turns up as the damage is already done.