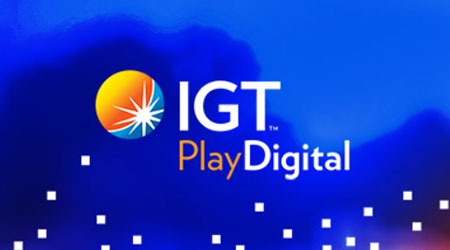 The famed software distributor and casino supplier IGT has entered Canada’s gaming industry by signing a contract with Ontario Lottery and Gaming Corporation (OLGC).  This was shortly after an announcement had been made that OLGC had approached IGT with a partnership proposal. The proposal stated that IGT was to create and develop electronic Bingo content for OLGC.

The Canadian casino industry has come a long way for the last few years and while it still has a long way to go, there have been some exciting developments recently.  Just to revisit some of these developments: last month NHL teamed with MGM Casinos to get a share of the sports betting market. While Canadians are still to benefit from this, this is a step towards the right direction.

The partnerships are, however, not only for land-based casinos and sports betting. The news about IGT partnering with OLGC is a proof of this. This is a partnership proposal that was well received by IGT. The tech-supplier quickly took up the offer, as this was a good chance to reach the expanded province.

The new partnership agreement will ensure that Ontario province gets access to Bingo online from IGT.  Currently, Ontario has 12 active charitable gaming venues strategically located within the province. It is in these retail venues that the e-bingo content will be availed to players in their respective locations. OLGC has announced that as soon as the regulatory and licensing logistics have been completely resolved, the content will be made available online as well.

Mr. David further said that IGT enables gamers to access their favorite games on all platforms and controlled segments, from Gaming Machines to Social Gaming and lotteries. Consisting of a wealth of quality content, considerable investment in innovation, strong customer intelligence and operational skills, IGT’s gaming solutions anticipate the consumers’ demands regardless of where they choose to play. The company has local presence and relationships that are well founded.

The new partnership between IGT and OLGC is not the first of its kind.  There is hope among many Canadians that the nation will soon adopt less stringent gambling laws of the US.

Reputation is all in iGaming

IGT is a global leader in gaming and this partnership represents a significant part of future Canadian gaming.  The firm is present in over 100 countries in the world and has employed close to 12,000 employees globally.  The move to launch its first electronic bingo games in Canada is one of its caps, and all hope that it will yield great profits for the nation.

The fact that IGT consistently supplies high quality standard content has ensured that strategic partners such as OLGC consider building partnerships with it.

The new development is not the first by IGT. The software company already has quite a collection of e-Bingo games under its name. Some of the most popular titles are Bengal Eyes, Golden Rooster, and Pharaoh’s Legacy.  These along with other new titles will eventually form part of the assortment of games that will be availed to Canada’s biggest operator.

As mentioned earlier, the partnership will not be the first time that the gaming giant will be offering services to the Canadian operator. IGT already controls Canada’s online Lottery ticket sales channels and also runs controlled poker industry.  The company has managed to maintain a good relationship with the country’s regulators, which acts as a stepping stone to further developments in other parts of the country.