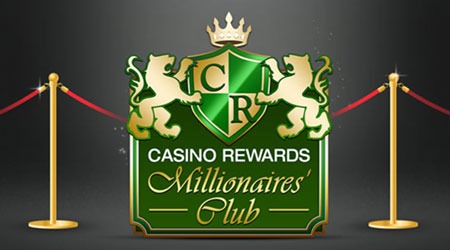 Microgaming’s Mega Moolah seems to be on an unstoppable rampage of turning everyday gamblers into millionaires, in fact let’s be accurate, multi-millionaires. The slot which is a part of the progressive jackpot network offering from Microgaming has been impressive in the number of millionaires it has churned out since its launch in

And this past month it struck again, this time adorning two players with millionaire cash in a space of less than 24 hours. First to strike the winning combo was Canadian player R.M. who won an impressive €2,201,120.31 in jackpot wins. In his home currency the player took home approximately CAD $3, 305,093.64 on Tuesday March 5, 2019 at Captain Cooks casino! Talk about life altering, as a matter of fact it was reported that this win was activated by a series of only 33 bets after R.M. first signed up with Captain Cooks. Talk about fortune and favor! Within a time-space of less than 24 hours, on Wednesday March 6, 2019, player L.V. was on the receiving end of one of Mega Moolah’s biggest jackpot wins ever! The jackpot to the value of €11,546,388.15 struck during his play at Luxury Casino and L.V. walked away with a whopping US$13,011,220.68 which is the currency the player opted for.

This win is surely to go down in the history books of Mega Moolah! In fact, it has been recorded that the €11.55 million win is the fourth largest payout in developer’s progressive jackpot network in its history. The third highest win being €13,328,028.16 which was achieved earlier in 2019, talk about a great way to start off the New Year, wowza! The second biggest win ever recorded was €18,915,872.81paid out in September of 2018; this amount beat the €17,879,645.12 that earned the jackpot a GUINNESS WORLD RECORDS® spot back in 2015.

You may wonder what exactly makes the Mega Moolah slot so special is the slot even that good. The truth of the matter is that the original Mega Moolah slot isn’t anything to be beholden. In fact, the slot follows a rather simplistic and standard formula of paylines and reels, following the more than typical 5 reels and 25 paylines formulae. It also allows a maximum bet of 125 coins and has a free spin bonus round that can win players payouts in the hundreds of thousands, this without even activating the jackpot network. So, the slot game itself isn’t that incredible, however its association with the network makes it one of the most lucrative jackpots in the history of modern online gambling.

The two players also upped their probabilities of making those incredible wins by playing at two Microgaming affiliated casinos, namely Luxury Casino and Captain Cooks who themselves have been inducted into the Microgaming hall of fame of casino providers. Essentially, playing a game like Microgaming at an affiliated casino that only offers Microgaming games has its perks! You get access to the most lucrative progressive jackpot network in the world. If that isn’t incentive, then perhaps the valuable welcome bonuses provided by these casinos may be an added draw in too.