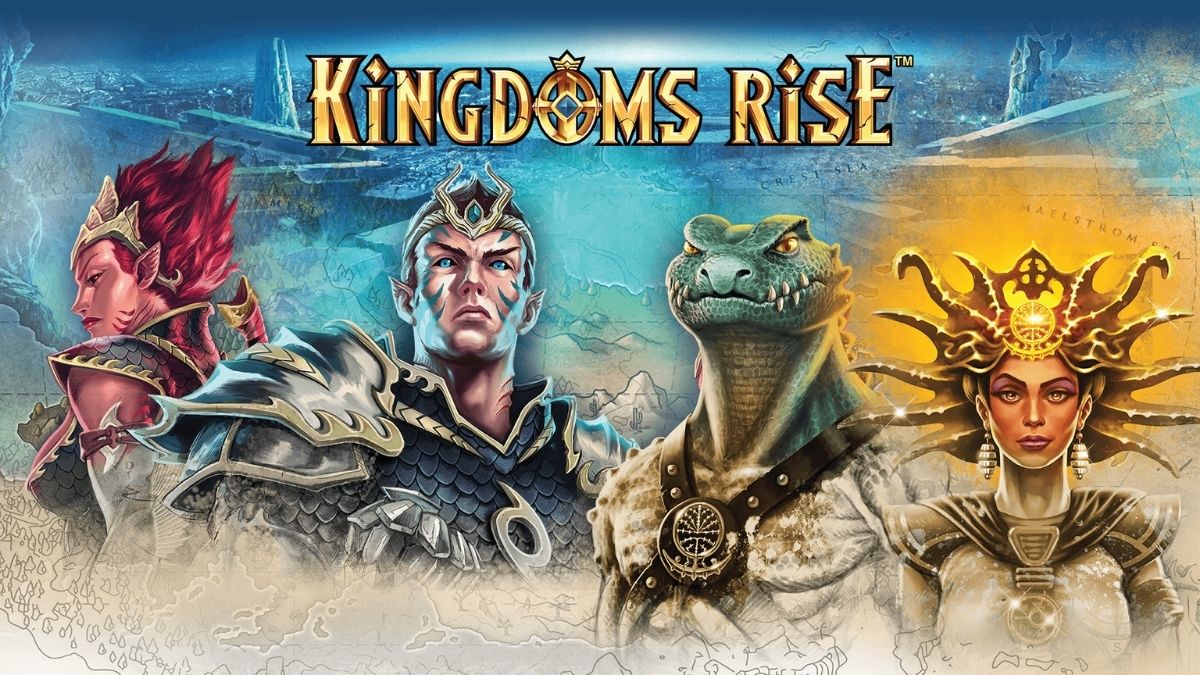 One of the software companies at the forefront of the gaming industry recently released a new gaming collection for all the fantasy fans in the iGaming industry. The unveiling attracted the attention of almost every slot gaming enthusiast familiar with the quality of Playtech’s extensive collection of online video slot hits and the Kingdoms Rise suite is only bound to enhance the popularity of this particular gaming developer.

The concept of these games has been built upon a reward system that promotes gamification and delivers rewards in a unique manner tailored to enhance the player's overall interaction with the game. Here is everything you need to know about one of the best online casino games in recent times, created by Playtech, the world’s leading gaming platform.

Guardians of the Abyss 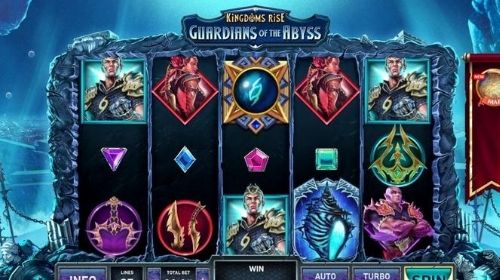 The first game in the Kingdoms Rise suite is a themed game called Guardians of the Abyss. The first edition of this game has been designed with 5 reels, 3 rows, and 25 paylines. However, what makes this game stand out from the other Playtech creations is the impressive jackpot slot design that is powered to steer players toward winnings.

Guardians of the Abyss delivers 3 progressive jackpots. Coin sizes range from 0.10 to a maximum wager of 300, allowing for massive wins upon betting maximum. Amplified with loads of features, the Guardians are represented by characters Jax, Akali and Odeon, who appear in an underwater theme. By landing 5 Jax guardians, 40x the staked wage could be won while the wild in such a winning combination can award up to 50x the staked wager.

What makes Guardians of the Abyss so intriguing are the multiple bonus features. One of the 3 bonus features can be activated when 3 or more scatters appear in unison. The scatters are represented by 2 different shell symbols. When 3 appear, the Guardian Bonus is triggered which determines which bonus round will become active. Here are the 3 available bonus rounds:

A feature to look forward to when playing any of the games in the suite is the shop feature. During gameplay, tokens are awarded at random and then collected. These tokens can be used in the shop to buy what is referred to as the ‘Wild Vortex Respin’ feature. This awards wilds at random. 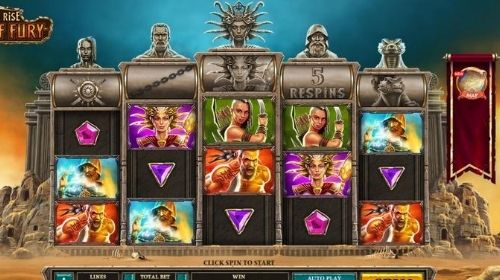 Next in the series is Sands of Fury, a theme set in the desert and wildly different from that of Guardians of the Abyss. This game has been created with 5 reels and 20 paylines, and like the first release in the series, Sands of Fury delivers an enticing array of bonus features.

Wagers range from a minimum of 0.10 to an impressive max wager of 1000 credits. The game boasts a number of bonus features and 4 bonus games, providing many ways to play free casino games for fun.

The ‘Wild Fury’ feature is triggered when one of the character wilds appear and turn the reels sticky. This is rewarded with a re-spin and one of the following 4 bonus rounds.

The ‘Token Collection’ feature is also present during gameplay.

As mentioned before, Sands of Fury delivers 3 progressive jackpots that can be won at random, just like in Guardians of the Abyss. 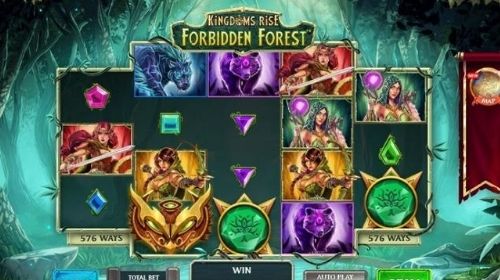 As the name suggests, this third release of the Kingdoms Rise suite is designed with a mystical forest theme that is complemented by high-definition graphics and multiple bonus features, not disappointing those who were enthralled by the first two releases. Developed and released with 5 reels and 576 betways, Playtech has added almost all the various online features into this series of games.

Betting starts at a minimum wager of 0.10 and reaches a maximum of 2000 upon each wager, making it easier than ever to win progressive jackpots online. Just as the other editions of the suite, Forbidden Forest is also a progressive with multiple bonus features.

The Emerald symbols depict the Wild function and the Golden Owl represents the Scatter function. When 3 or more Golden Owl symbols occur in a sequence, up to 12 re-spins can be activated. Another function of the owl symbol is that it has the ability to transform into a roaming wild during the re-spin feature.

Again, players collect tokens throughout gameplay and can visit the shop to buy several bonus options and improve winning payouts. 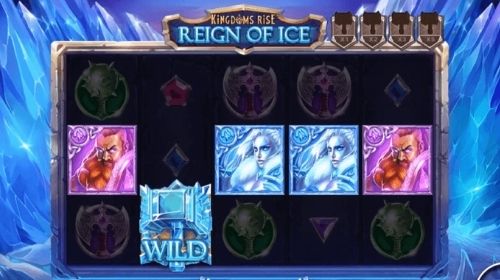 From under the ocean, to the middle of the desert to the forest greens and finally, to the coldest corners of the earth, Kingdoms Rise is finally complete after its latest game addition, Reign of Ice. Here players are treated to an icy-cold theme set amongst 5 reels and 25 paylines.

Betting begins at a low 0.10 and reaches a high of 2000, similar to the others in the Kingdoms Rise Suite. As with the above-mentioned games, Reign of Ice has been developed with loads of innovative features. The HD graphics enhance the ice fantasy theme and players are in for a treat. Unique character symbols include the Valkyrie and the Ice Barbarian.

The latter of the symbols award the highest when the slots land in groups of 3 or more. When 3 Ice Barbarian symbols land, 3x the stake is awarded; 4 symbols awards 6x the stake; and 5 symbols multiplies the stake by 12x. The multipliers are the equivalent of free slots Canada users will love!

This is one of the features that pays out the most. Appearing only on the second reel, the ‘Hammer Wild’ symbol has added value when it falls alongside one of the character symbols. When this happens, re-spins are added and each hammer is accompanied by a multiplier. Look for this game at a free spins no deposit casino Canada to get the best deal on this and get more chances to win.

When the hammer is released, the re-spins round is activated and adds in multiplier wilds. During this round, the wilds could become ‘frozen’ to pay out more rewards in winning combinations.

This feature is also active in this latest addition to the suite.

As players can see, Playtech has once again managed to change up the gaming industry, setting the bar to a new height, and delivering an outstanding gaming experience to all who dare to explore this new realm of gaming.

There are a total of 3 jackpots that can be triggered at random, each paying out differently and each substantially valuable. They are as follows: