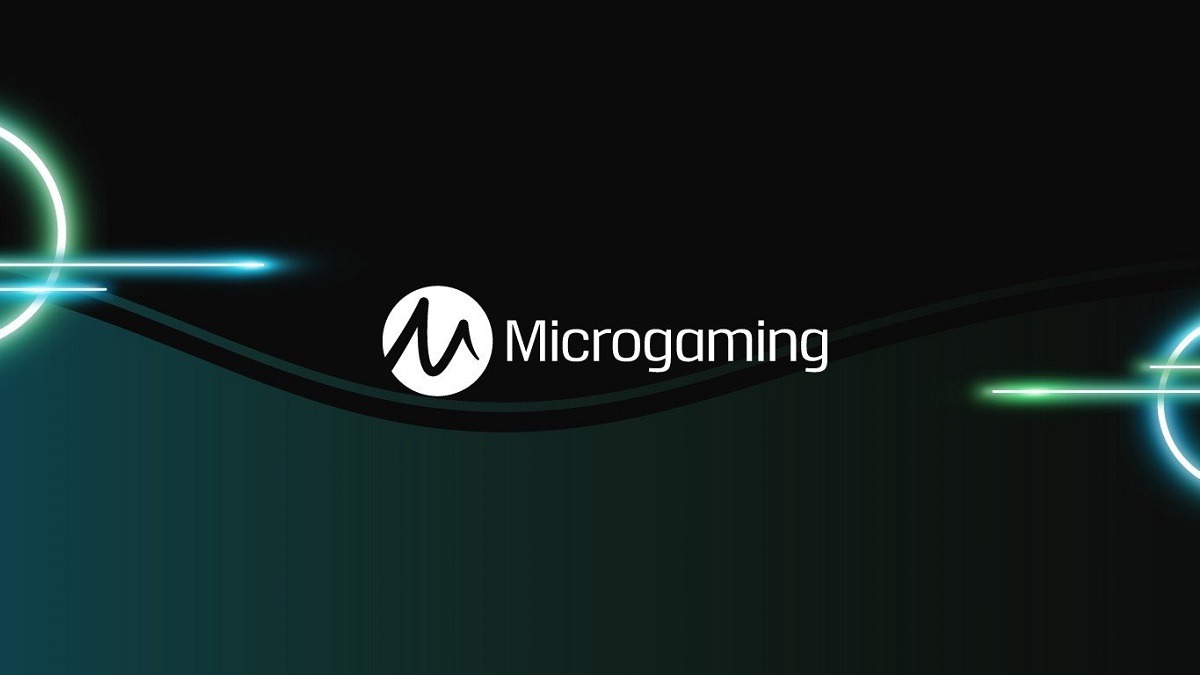 Microgaming has been incredibly busy creating new releases for players around the world covering the most popular themes. Let’s take a look at some of the most popular Microgaming releases, giving players a taste of magic adventure and the ultimate Indiana Jones explorer feeling on treasure hunt themed Slots. 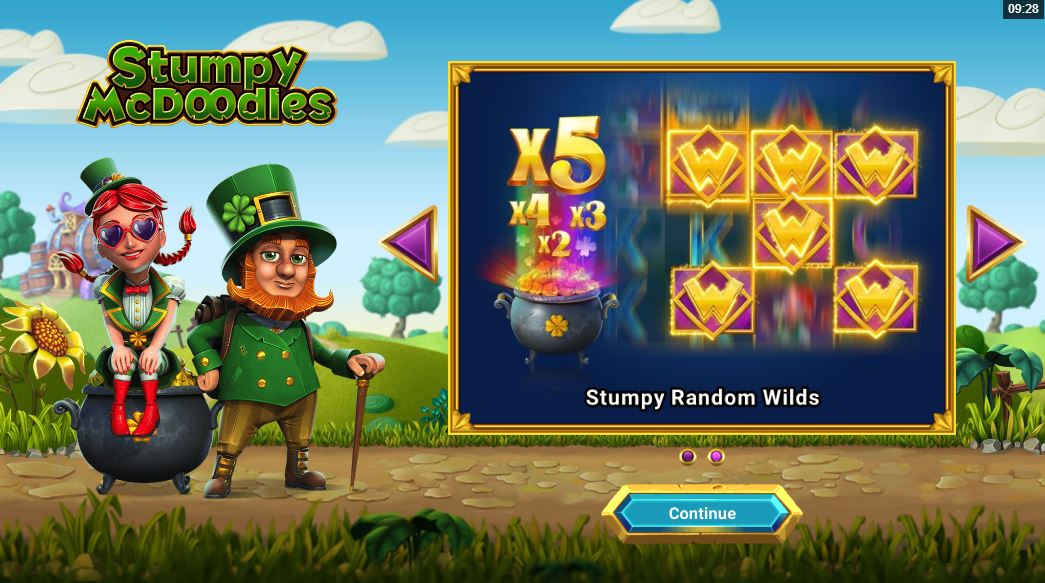 What has made Stumpy McDoodles a popular Microgaming release is the traditional leprechaun theme that has been reinvented by the best graphics which have been enhanced by 3D gaming technology. The beginning of the game greets players with a tale of winning, where players are gifted with the opportunity to buy gold coins. This is then followed by the game appearing over 3 rows and 5 reels which sport the animated graphics of the leprechaun and his fiery red-haired mistress.

The features included in this Microgaming slot invention are ‘Stumpy Random Wilds’ where 8 wilds can be added to the base game with additional multipliers that range from 2x up to an impressive 5x the wager, the ‘Rainbow Re-spin” which is triggered by 3 to 5 scatters and free spins which are awarded through the progressive multiplier coins.

The action-packed game has a comical twist which adds entertainment to the already vivacious slot game.

Another gaming release which has made the top of Microgaming most recent of inventions is Arctic Magic, the video slot which has been based on the magic of the mountains, snow and Northern Lights. The medium to high volatility of this particular slot invention has promoted the frequent winning combinations which activate the symbols to payout. The symbols include images taken from nature itself. As the theme is based in the arctic players can expect to see imagery of bears, wolves, rabbits, and foxes, and even snow deer’s, all of which are complimented by the northern light backdrop adding the ‘magic’ to the artic.

The game is simple by nature but to add some excitement to the theme and enhance certain features, there have been a number of ‘special’ symbols added to the game and these enhance the winning combinations. Arctic Magic has also been designed to reward multipliers when the wild replaces another symbol in a winning combination.

The scatter awards 15 free spins and is represented by the snowflake symbol and the round can be retriggered when 3 or more additional symbols fall during this round. 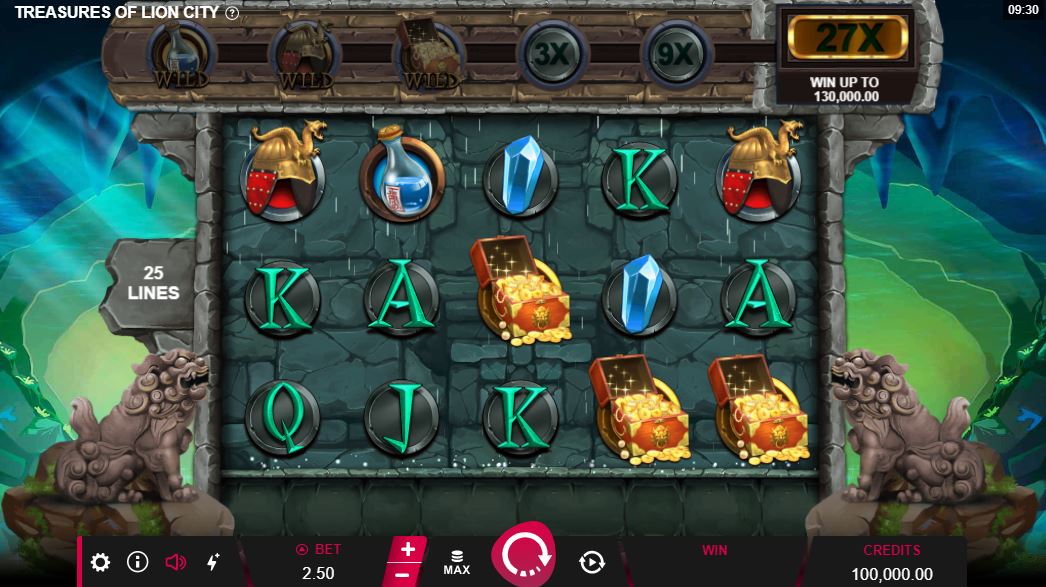 The Treasures of Lion City is an incredible design by Microgaming and possibly the most visually appealing. Designed using the best gaming technology, the graphics are of superior quality and the colours of this theme designed to enhance the game.

During the rounds where cascades have jumped into action, players can unlock multipliers, some of which range up to 27x the staked amount.

Treasures of Lion City is both visually appealing and highly stimulating as the rewards are easily unlocked and the game easy to comprehend. Additional features include adjustable sound effects, a comprehensive paytable, max bet option and finally, an autoplay feature.

Beautifully executed on the most recent of gaming technology has been the masterfully created theme based on Norse mythology. Set amongst the snowy mountains of the war gods, North Storm is filled with action, lightning and dramatic sound effects that dramatize the rune symbols and theme of the game.

The symbols included in the theme of the game have a Celtic feel about them which adds authenticity to the Norse beliefs. Even the 10, J, Q, and K have been transformed into images of an elder language. There is a wolf amongst the symbols and symbols become electrified upon falling into winning combinations.

The most rewarding of the bonus features which have been created to add more potency to the game is the ‘Bonus Falls’ features. In addition to this feature, one that adds incredible value to the game, are the multipliers.

The wild in the game is depicted by the Wolf symbol and naturally replaces any lesser symbols of value apart from the scatter.

In essence, the multiplier adds value to the game by beginning on a minimal value of 1x the staked wager and progressing to 2x, 3x, 4x, 6x and even 8x.

The free spins round offers up to 8 free spins and during this round, the multipliers can reach their full potential. 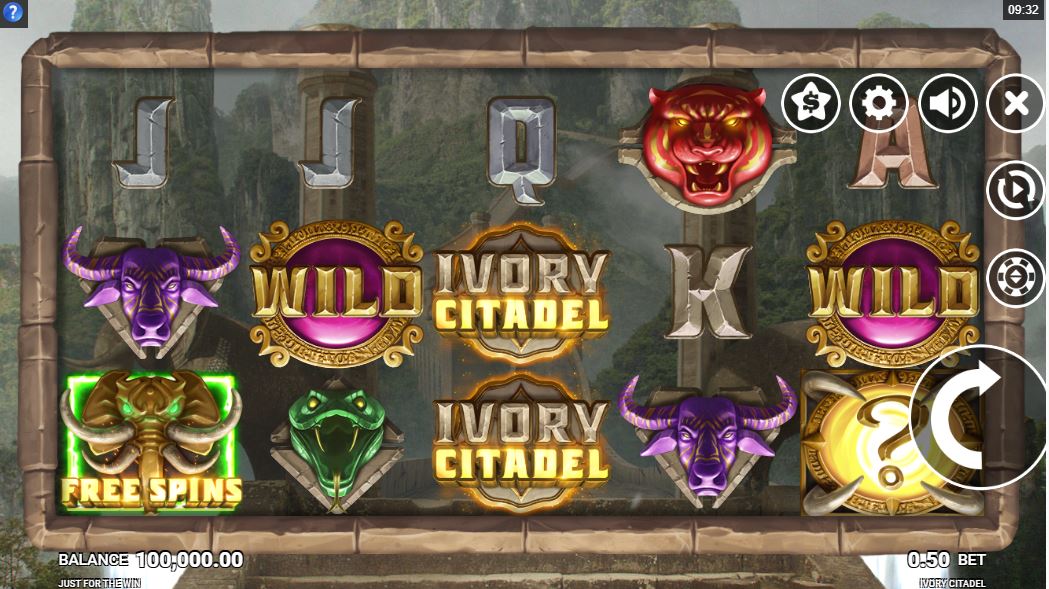 Microgaming has managed to transport players to a time of magic when treasure was collected in gold and the more the better. The theme has been based on what appears to be ancient Indian belief, and as the name suggests, golden elephants adorn the reels and promote the eastern theme.

The medium volatility of this video slots creation doesn’t deter winning combinations from forming, rather, players stand the chance of winning a high jackpot prize of 1968x their wagered amount with the maximum bet being 10.00 credits and offering a pretty impressive payout on this alone.

The game boasts features that include wilds, multipliers and free spins. In addition to special symbols, there is also a great feature which is referred to as the Mystery round and is represented by the mystery symbol. When this symbol appears, wherever it lands, it transforms into a symbol and on the reels and forms lucrative payouts.

Check out the best online casino in Canada to get your no deposit free spins on one of these exciting games right away!