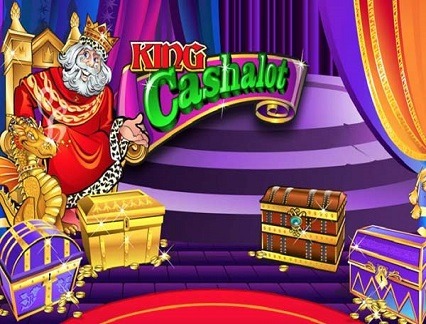 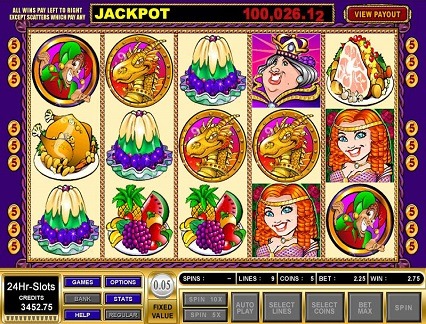 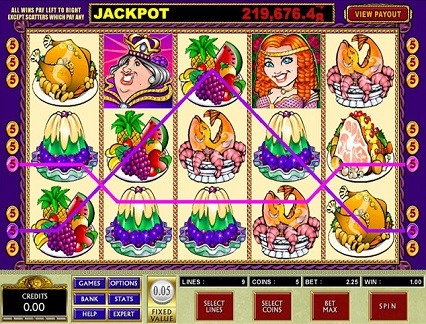 King Cashalot features a classic middle ages theme complete with kings, queens, knights and dragons. However, unlike other popular slots with medieval themes, Microgaming made sure to fill King Cashalot with a fair amount of tongue in cheek humor to keep the game fun and lighthearted.

While King Cashalot may seem slightly dated when compared to newer progressive jackpot slots on the market, it nevertheless manages to offer a great deal of fun in an easy jackpot format. Nearly every online casino in Canada will have the game on tap.

King Cashalot is a fairly straightforward design and layout, with 9 paylines over 5 reels and a bright and colorful look and feel.  Bet values range from 1 to 45 coins at 0.05 each for a total bet of 0.05 to 2.25.

Microgaming keep the game festive with plenty of banquet related lower value symbols including fruits and desserts, platters of meat, chicken and other mouthwatering goodies. These lower value symbols can payout up to 300 coins, depending on the combination that you manage to land.

The king symbol is the wild symbol and substitutes for any other symbol to complete the payline win.  Five in a row will pay out 15,000 times the bet.  Line up five on the ninth payline and you get the Jackpot!

ng Cashalot also features two different scatter symbols which help to make the game more interesting. The jester symbol acts as the games multiplier and will multiply your wins based on the amount that you staked for that spin.

The second scatter symbol in King Cashalot is the golden dragon symbol. This symbol will trigger the games Treasure bonus round when you land three or more across the three middle  games reels.

The graphics of do a good job of placing you in the middle ages while you spin for the big jackpot.  There is authentic period music playing to keep the mood lively.

In King Cashalot, the king symbol is the game’s wild symbol and to win the main progressive jackpot, you will need to land five of them in row on the ninth payline. You will also need to be sure that you have all nine paylines activated in order to qualify for the potential progressive jackpot win.

The Treasure Bonus in King Cashalot is triggered when three or more golden dragon symbols appear scattered anywhere on reels two, three or four. You now have a chance to choose one of eight treasure chests. You can then decide if you would like to keep the treasure chest that you’ve chosen or pick again. You can pick a total of three treasure chests but will have to keep the last one if the first two don’t appeal to you.

As far as real slots go, this one is pretty darn good. 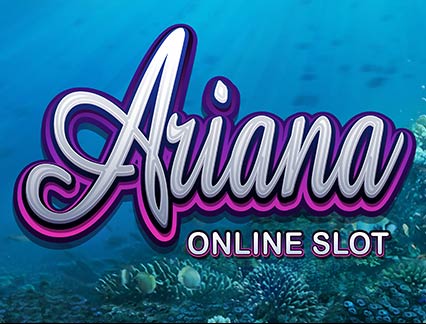 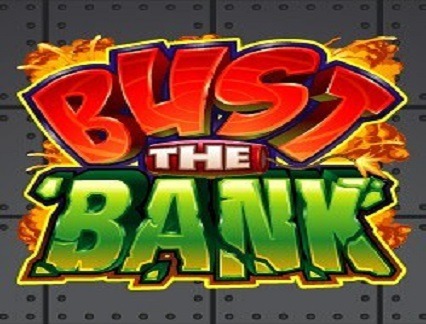 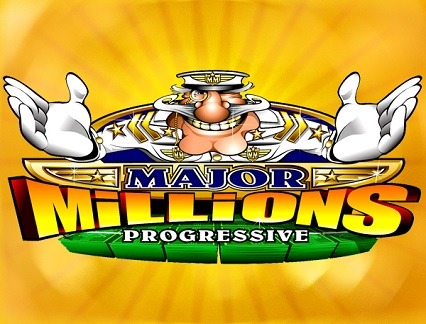 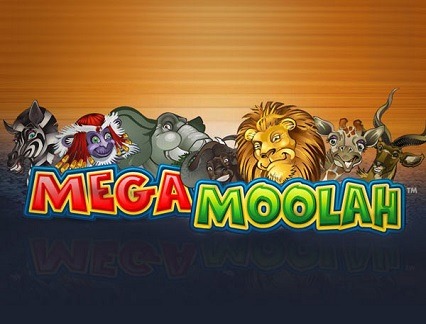