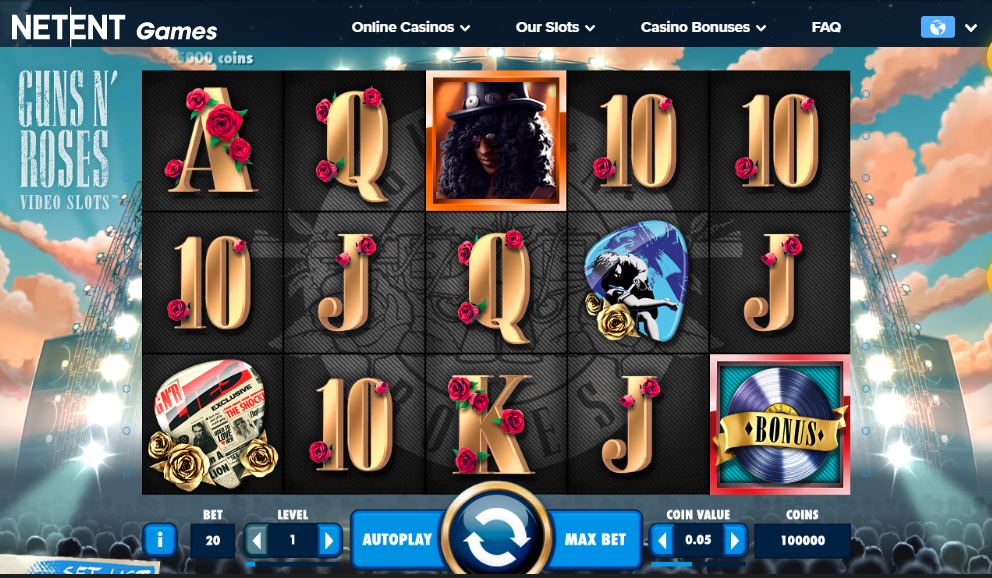 In a fitting turn of events, NetEnt, one of the pioneering brands in the development of online slots games, has decided to mark their success of 20 years within the iGaming industry by releasing a ‘rocking’ series of slot games. It’s fitting because some of the best video slots have been created by NetEnt and players with an appreciation for rock music simply can’t get enough of this innovative way of thinking.

The concept was deployed in 2016 and contained a trilogy of famous rock bands; Guns N Roses, Jimi Hendrix and Motorhead, each band coming from an era of true rock n roll. Now, in 2020, we take a look at these famous slot games plus one new addition, Ozzy Osbourne, the true king of hard rock and live stage performances. Find out everything you need to know about the NetEnt Rock Slot Series right here.

What greets the player is a true work of art. Based solely on the success of the band, this NetEnt video slots game is beyond impressive. Here players are treated to the true essence of the band in the form of music and artwork.

The design of the game has been based upon a live show where the spotlight is on the band and as a result, symbols include imagery from Guns N Roses which resembles plectrums, records, roses, guns and members of the band including Axel Rose himself as well as lead guitarist.

Designed to be played over 5 reels and 20 paylines, there is ample opportunity to unlock one of the very many bonus features available to this rocking addition. Upon landing a winning combination, the theme music changes to one of Guns N Roses hit songs which include Welcome to the Jungle and Sweet Child of Mine.

The game also features a ‘SET LIST’ option which allows players to choose their favourite tracks and play them throughout gaming.

The Legend Spins: As legendary as Guns N Roses are so is this bonus round. It is triggered at random and grants players up to 3 re-spins which are accompanied by stacked wilds on the 1st or 2nd reel of the game.

The free spins round is activated by landing the bonus symbol in a winning combination and then unlocking the bonus wheel where players stand to unlock one of 3 bonus features. One of the features is the Encore Free Spins; the other is the Crowd Pleaser and the Coin Win. All of these features awards free spins. 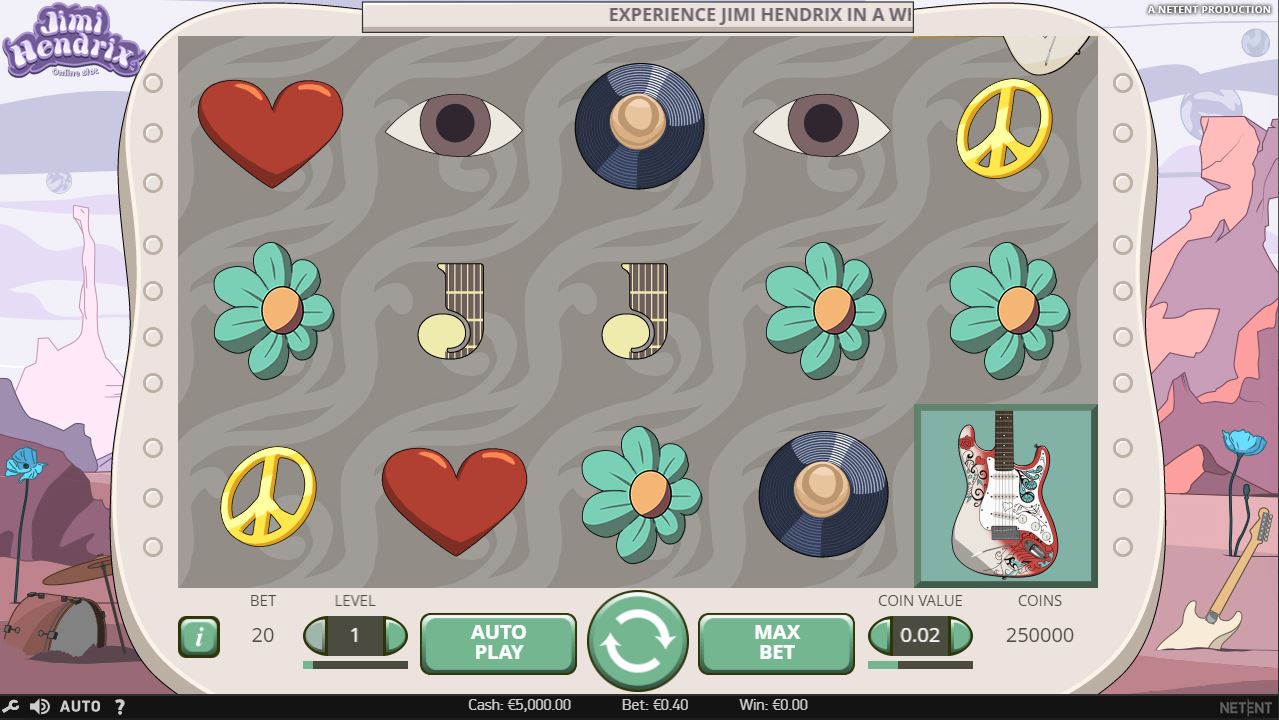 One of the most adored artists from the 70s was Jimi and his legacy goes on through NetEnt and all the players that have an appreciation for his Woodstock performance.

The second addition to the Rock Series is greatly similar to that of the first addition which players will be glad to hear also sports a number of interactive features. Jimi Hendrix offers an unforgettable intro which shows the flower power of the 70s and features some of Hendrix’s greatest hits. The theme is less reality-based and more focused on a trippy animated theme features loads of colourful graphics.

Designed over 5 reels and 20 fixed paylines the layout is greatly similar to that of most NetEnt designs which allow for an easier understanding of how the intricate bonus features work.

Players stand the chance of unlocking 3 bonus features; Crosstown Traffic, Purple Haze and Little Wing. All of these are various free spin bonuses. Click on the speakers to reveal which prize could be up next and get 3 of a kind to unlock the selected bonus round. 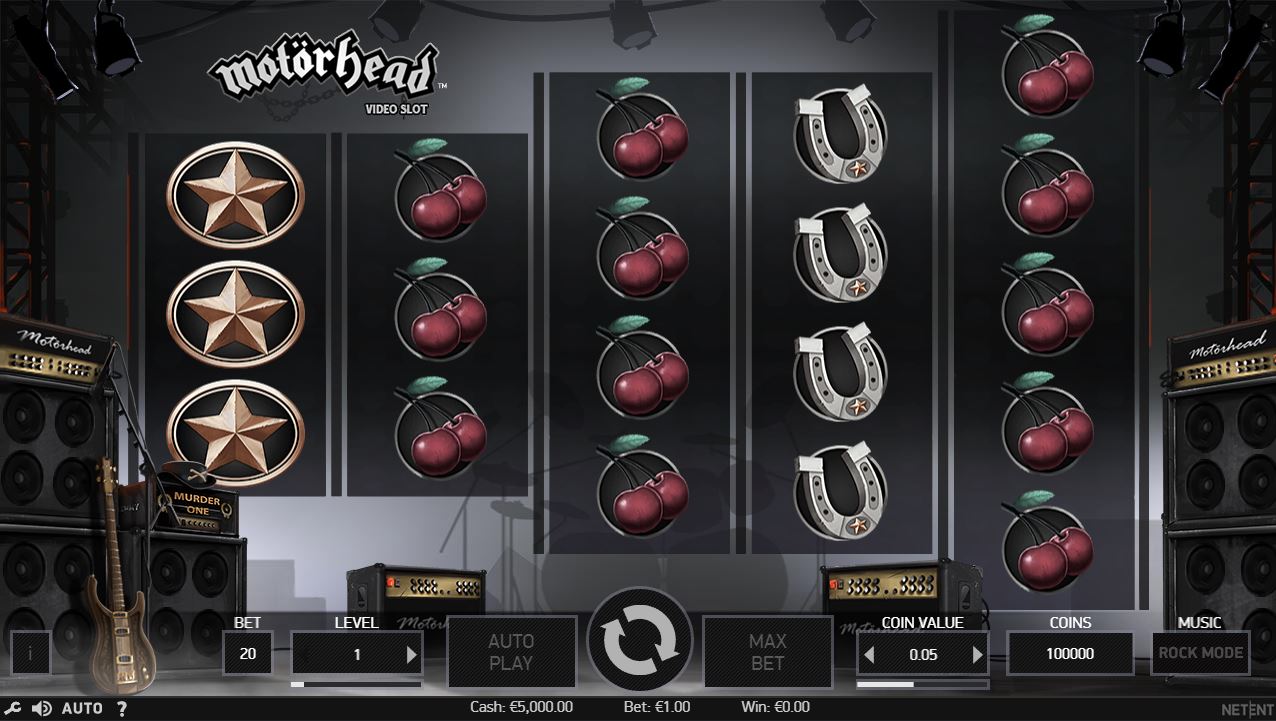 One of the greatest rock bands to ever grace the earth is without a doubt Motorhead and NetEnt have managed to create a rock show of their own by recreating the stage to a live performance.

This theme is simply put, electrifying. From the fire that is shot out on either side of the reels upon landing a win, right up until the music blares the sweet sounds of Lemmy himself; Motorhead is by far one of the most welcomed additions to the Rock series exclusive to NetEnt.

Designed with 5 reels and 76 paylines, this layout is slightly different than one would expect from the rock series. However, the additional paylines are a welcomed development as more winning combinations can be sought out and the layout proves to be as intriguing as the thought of multiple winning combinations.

Bets begin as low as 0.01 and reach a maximum of 200 which allows for some pretty impressive payouts whilst listening to some of the best rock of all time.

The two main bonus features are the Mystery Reel Feature and the free spins feature. To activate the mystery reels players simply need to spin the reels. Upon doing so any one of the reels could turn into this mystery feature delivering fantastic payouts.

During the free spins round the Mystery Reel feature is enhanced and awards double the payouts.

There is a hidden gem in the game and it’s known as the Bomber feature. The round occurs at random and when active there are bombs that explode over the reels and create new winning combinations. 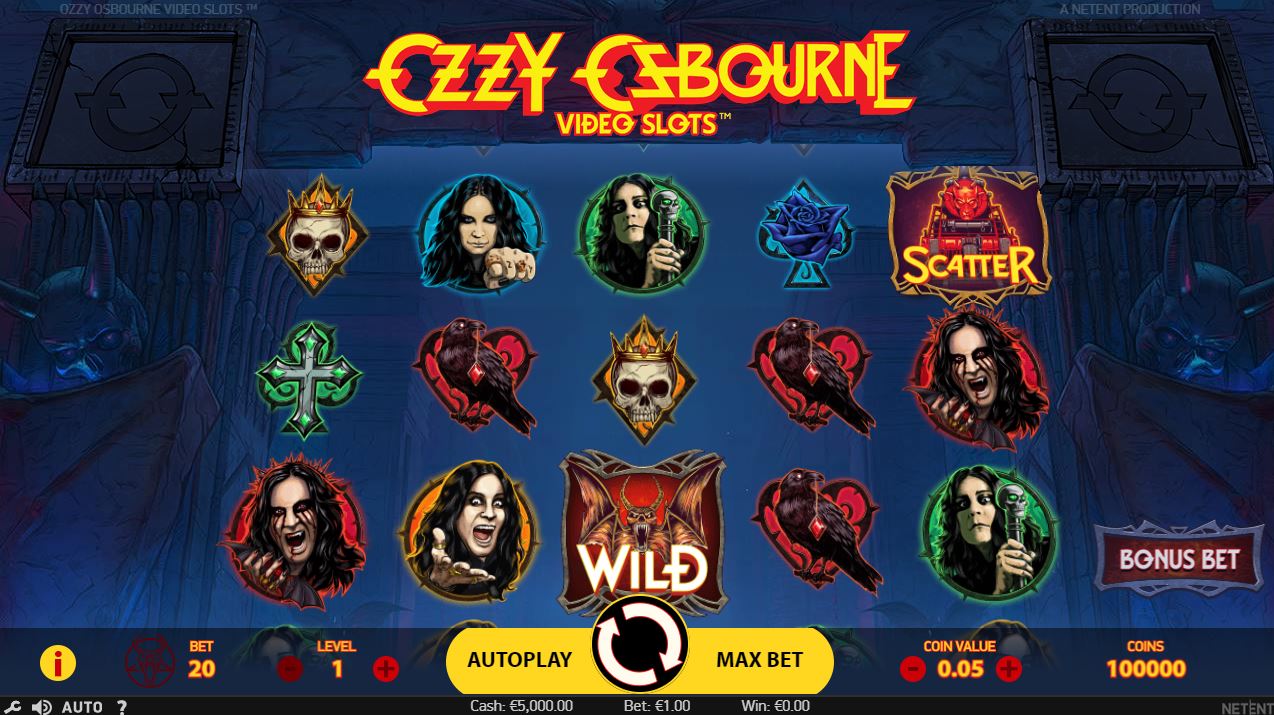 Now, the latest addition to the Rock Series, Ozzy Osbourne, has been leaving players wondering what will be up next and could it ever match up to the true brilliance of this latest addition.

Designed with 5 reels and 20 fixed paylines, players can look forward to a similar gaming experience as they would have already had to play any one of the above-mentioned games. The theme of this creation is highly creative, eerie and brilliant on every level.

There are a number of bonus features including free spins and a bonus bet option. Although animated, the theme, design and creation of this slots gamehave every rock enthusiast begging NetEnt to create their favoured band in the form of reels, paylines and bonus features.