From the classics to the massive Mega Moolah jackpots 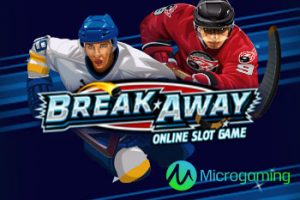 Microgaming has been in the online casino game for over 2 decades and is a well known and respected name in the industry. Microgaming is known as the first company to develop and bring the world online casino games. They have been established in the industry for so long that they have had the time to bring out a huge variety of games and have worked with over 400 reputable brands such as Royal Vegas and Spin Casino. Although they specialize in slots, Microgaming also offers video poker and table game options.

In the past couple of decades, Microgaming has really made a name for themselves by accumulating a number of awards. The most prestigious award they have received thus far being ‘Innovator of the Year’ at the International Gaming Awards in 2016. This proves that even though Microgaming may be considered an old name in the industry, they are still ahead of the times and continue to think innovatively and creatively.
Microgaming is said to have made many lucky people millionaires overnight, with their progressive jackpots and massive bonuses being their major enticing features for players worldwide. The popular Mega Moolah slot alone has paid out tens of millions since it was launched. It is no surprise that so many people turn to Microgaming’s games in search of their fortunes.”]